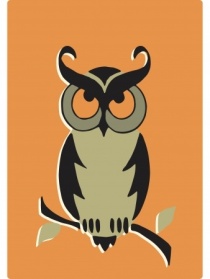 I was at a children’s birthday party. A bowling party to be exact. As riveting as watching children bowl can be, most of the mothers were chatting and watching a 70’s and 80’s revival on video hits while we drank coffee and ate chips with sauce.

For a good half of that party, I could have passed for a normal person. I’m confident in this because no-one was staring at me in that slightly surprised, slightly amused, slightly uncomfortable way they sometimes do. And then it happened. Meatloaf came on the video screen to sing “You Took The Words Right Out of My Mouth”. Suzie (one of the other mothers) and I were quietly singing along when it occurred to me: who is that backup singer in the video clip? I know Meatloaf did duets with Bonnie Tyler but it’s definitely not her. She looks like she might be on drugs. Or maybe she is just the theatrical type. Wonder what her name is? Which is pretty much when my social skills packed up and went home.

I had a question. It needed an answer. At that point, nothing else mattered.

At first, Suzie was content to help out. We googled the song on the i-phone. Then we googled the band. Then the YouTube video. Then women he did duets with. Surprisingly, it turned up nothing. Suzie suggested that perhaps it was Ellen Foley given that Ellen Foley’s name appeared regularly in connection with the song. I was not satisfied. It did appear regularly with the song, but not the video clip. Could there be a difference? I wanted proof and I was not about to rest until I found it.

Suzie suggested that she text a friend. A Meatloaf expert nonetheless. He quickly replied with ‘Ellen Foley’. Sounds good. But the question was phrased incorrectly. I did not want to know who sang the song with Meatloaf. I wanted to know who appeared in the video clip (albeit, undoubtedly singing at the time).

Are you bored? I think you can empathise with Suzie at this point. But it gets worse.

Forty minutes later, everybody is singing “Happy Birthday” to the birthday boy but I am still searching for proof that Ellen Foley did not appear in that video! At one point Suzie suggested that I might be content with the answer that I had on account of how a) it was probably right and, b) it’s actually not that big a deal anyway.

While the presents were being unwrapped, I was still surfing the net and shouting every now and then: I think I’ve found her (only to discover that it was a dead end). At one point Suzie said drily: Arna, you would even do this on a date, wouldn’t you?

Yes. Yes I would.

You will be relieved to know that I was able to uncover the answer before the party ended. (Just.) It was ‘Karla De Vito’. The answer was elusive because she did not sing on the album but was called upon to appear on tour because she had more of a ‘stage presence’. As it turns out, I was actually right to keep looking.

Afterwards, I was reflecting on this incident. I thought of a couple of things. My first thought was: poor Suzie. How unutterably dull that must have been for her. My second thought was: it really is true that being dissatisfied with anything falling short of “cogent, probative and non-prejudicial evidence” is what separates lawyers form the layperson. I guess when all of the signs were pointing to Ellen Foley, I could have been satisfied. But unless I can be fully satisfied of the answer, the reality is, I will keep looking. It is my training. Which is a perfect segue into my third and most relevant reflection:-

This may or may not shock you, but I am no genius. I have long come to terms with this but feel particularly better about it lately because there is a growing body of research that supports the proposition that genius and creativity are only part of the equation. The other lesser known ingredient, and the part that is more determinative of success than any other, is “grit” or, the combination of perseverance combined with the ability to overcome obstacles.

If you are not a genius either, this will give you some comfort. Certainly, I have found (routinely) in my teaching that emerging lawyers often carry a secret suspicion that they are not as smart as other lawyers. This may or may not be true but it is largely irrelevant anyway. What is pertinent, and what I encourage my students to focus on instead, is their capacity to persevere. As Einstein succinctly put it: “It’s not that I’m smart, it’s that I stay with problems longer.”

Lawyers sometimes make poor dinner guests and we might be a flop on dates. We might even occasionally miss the birthday cake. But when you want the correct answer to something – you know who to call. Right?