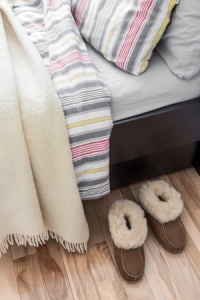 During a recent bout of feeling ‘out of sorts’, I began to ponder on the etymology of that expression. I wondered whether it could mean that one is bereft of strategies for getting things sorted. Leaving aside the sense commonly employed by Jason Stratham’s alter egos, what does Getting Things Sorted­ actually mean? What is the ‘sorts’ that one is out of? Could it be solved by purchasing a bag of liquorice all-sorts? Should one employ a de-clutterer?

For many occupations, and the law is an excellent example, it is rare that one can ever obtain a sense of having things sorted because there is a seemingly – and probably actual – endless supply of new items for the list. Although people mostly cope with this reality, there are times when the never-ending nature of problems and tasks can be particularly exhausting, even threatening to one’s sense of wellbeing. These times may be related to both work and non-work factors, including the following: you have just completed a project that was both difficult and long-standing but no time is available to re-group before feeling pressure to commence a new, equally challenging task/s; you have been simultaneously grappling with assessment for your part-time study load; you are also in the process of moving house or renovating; you are experiencing a big change in your relationship status (starting, ending, getting married, having a baby) or perhaps you are about to embark on (drum roll please…) the festive season.

The festive season includes a number of inherently contradictory demands: work that must be done before Christmas, people that you must catch up with before Christmas, people you must visit for Christmas, things that must be done in readiness for Christmas and to enable the holiday season to proceed with equanimity, and of course to be in good cheer at all times. In addition to the practicalities that these demands entail, a range of emotional reactions will commonly be triggered. The emotional repertoire may swing from mild frustration, irritability, moments of excitement and anticipation and joyfulness, to exhaustion, feelings of being totally overwhelmed, anger, resentment, disappointment and intense sadness. The festive season is a hotbed of family of origin (i.e. the family within which you grew up) intrigue which inevitably entails a rich tapestry of emotional reactions – some of which may be expressed but which are also commonly withheld. In either case there is the potential for intense suffering.

Be careful. Be nice (to yourself first and then it will be easier to be nice to others) and take heed of any out-of-the-ordinary reactions in yourself and consider if there is any possible connection to your Christmases past. Allow yourself to decline an invitation or two if thoughts of the event leave you cold. Reflect on others – it is a good time to acknowledge those who have been there for you during the year and to consider those for whom, for whatever reason, you have been unable to do similarly. And if it all gets just too hard, put yourself to bed – an evening of self care really can change the entire landscape.

P.S. Returning to the meaning of being ‘out of sorts’, apparently there is a lack of consensus about the expression’s origin and discussions include reference to typesetters’ groups of letters being out of sorts, for example ‘a’s mixed in with ‘b’s etc; unshuffled cards distressing would-be players; allusions to one’s fortune not being favoured; and reference to social groupings or sorts of people. What is agreed is that the expression now conveys a sense of having lost something, of having slipped from one’s usual balanced and happy state or disposition. Does that mean one cannot be out of sorts if one’s usual state is not balanced and happy? I guess that is another discussion…