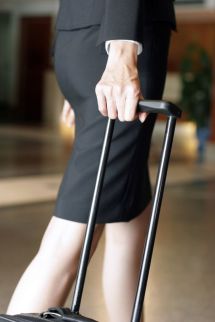 I recently facilitated a group of young lawyers – all of whom had only been in practice for about six months. My role was to encourage them to talk about their experience of being new lawyers and to explore some of the issues that arose. I was there, if you like, to act as a sounding board, so that instead of just sharing their experiences, they were also able to hear their own stories reflected back to them and validated. This is a basic therapeutic technique used in psychological practice all of the time. It turns out that in the act of telling your story to an empathic other, you engage in the process of unpacking and, hopefully, understanding it.

One of the things that strikes me most about practising law is that I am constantly engaging in the process of listening to people’s stories. These stories are almost always – strike that – always, stories of despair. Yet, I have no psychological training. There was no subject at university titled “How to listen to other people’s stories of despair”. Nor did we cover it in Articles. At the Victorian Bar, my mentor and I never sat down to discuss how one might listen to other people’s pain day in and day out without letting it bring you down. We didn’t talk about what the experience of that storytelling might be like for our clients. We didn’t talk about what the experience of hearing those stories was actually having on me at that time. Or, indeed, what impact those types of stories had on him over the course of his career. These conversations did not happen because there just did not seem to be a language for it back then.

Which is why I felt so encouraged that I was invited to facilitate this conversation with new lawyers so early on in their career. The discouraging part was that within six months of practice, these new lawyers were already feeling overwhelmed by the stories they were hearing. They were already exhibiting signs of secondary trauma – having nightmares, flashbacks, repetitive thoughts, feeling dissociated from their family and non-lawyer friends, and laying awake at night for hours on end wondering, as I have come to affectionately term it, what will become of the broken-hearted? – What will become of these suffering clients, their families, even their victims and their families? It can be dispiriting to say the least. But the object lesson here is that if it is dispiriting at six months, you can well understand how a legal practitioner, left unchecked, can move from feeling dispirited to feeling full of abject despair over the course of their career.

You might wonder – what is the antidote to all of this? Is there an antidote? The good news is “yes, there is”. The bad news is that it requires an effort on the part of the practitioner. What that effort is, will largely depend on what works for you, so be prepared to try many different things. Readers will already know that Joel Orenstein promotes mindfulness as a means of dealing with the rigours of legal practice. Others promote healthy lifestyle, sport and nutrition as the prominent means of protecting your own well-being. I promote story telling. My advice is always for practitioners to actively engage in the process of telling their own story – the story of them as a practitioner – and unpacking that story in a way that makes sense of it to them. This does not have to be in a therapeutic setting – although it can be – it can be as simple as talking to colleagues and mentors. It can also, incidentally, just involve a conversation with yourself about it. So long as you are processing it and not letting it just sit there like a monkey on your back.

By way of example, one narrative that has come to work for me – and utilizing stories once again – is the narrative I have come to term “the suitcase of 1000 sorrows”. Recollecting the friendly giant in Roald Dahl’s BFG who collects and distributes good dreams to children, and tries to save them from the nightmares, I see myself as someone who collects and takes care (temporarily) of other people’s stories of despair. I literally hold these stories, in the form of a brief, in my suitcase, which I take to court with me. When I arrive home, I park it in the corner and I mentally imagine those sorrows settling down for the night, knowing I will take care of them again soon. In this way I treat these stories as living entities that I need to nurture before returning them – hopefully in a slightly better condition than when I originally received them. But not always. Sometimes, I hate to say, they have to be detonated, or distributed to all of the unfriendly giants where they create havoc and strife again until they end up back on my desk, no doubt in the not too distant future. Stories are like that. Some have happy endings. Some do not. I’m okay with that.

To me, imagining my practice this way respects the stories I receive, reminds me of the importance of the role that I play as temporary custodian of those stories and helps me contextualize other people’s sorrows as an ever changing entity belonging to someone other than me. I can nurture them while I have them and then, at the appropriate time, I let them go.

Now, in a fictional world I could collect helpful narratives and fly about like the BFG distributing them to new lawyers in need but in the real world we have to choose our own narratives. And, hopefully, share them because stories are most alive – and hold the most meaning – when they are in the process of being told.