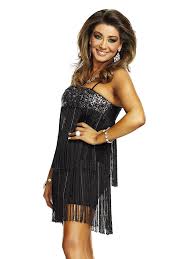 This month we make a slight departure from the theme of former lawyers in favour of an Australian barrister recognised more widely without her wig than with it. It will be no surprise to gossip magazine readers or Reality TV viewers that ‘Real Housewives of Melbourne’ star Gina Liano is currently a practising Criminal Barrister. The glamorous tall poppy’s fifteen year law career is taking a back seat as filming of the second series of ‘Housewives’ takes place. This does not mean that Liano’s courtroom prowess is going to waste. Liano has claimed that her assertive response to bullying by her co-stars on the television program was second nature after practising as a barrister for so long. Tensions in the show however could possibly be attributed to Liano’s legal career. Fellow ‘housewives’ have said that Liano sent them legal threats via email during the filming of their first season. According to Liano this was all a misunderstanding, she had merely copied her co-stars into an email sent to producers requesting that they not seek to portray her relationship break-up in a negative light. Liano says she was protecting her character from assassination and her relationship from scrutiny the best way she knew how, using the law.