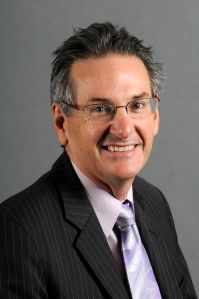 When did you know you wanted to become a lawyer?

In primary school, when watching Raymond Burr star as Perry Mason on black and white television.

What attracts you most to the profession of law?

It enables people to work in a range of jobs, including positions in which they can make a real difference in the lives of ordinary people.

If you could only give one bit of advice to new lawyers, what would it be?

See yourself through yourself – don t judge yourself based on the criticism or praise of others.

What would you say are the hazards of this profession?

The major hazard of the profession is its tendency to adversely affect the mental health of those involved in it. The statistics concerning lawyers who are afflicted by depression are alarming:  at least one in two lawyers suffer from mental illness at some stage of their careers.  As lawyers we need to look out for each other and be alert for signs of depression and anxiety in our colleagues – and treat each other courteously and with respect.

How do you balance life and work?

I am currently on long service leave and perform voluntary work – including giving talks in various legal forums and presiding over moot courts.  Work-Life balance is achieved because I now have more time for life.  Work-Life balance can only be achieved if quality time is present in interests outside the law and at least one day a week is sacrosanct and not to be affected by work.

What are your passions outside the law?

I am passionate about addressing the stigma about mental health in the legal profession and the community in general.  To this end I enjoy my roles as an ambassador for the Wellbeing and the Law Foundation and as an accredited speaker with Beyond Blue.  I am also passionate about addressing violence against woman through my white ribbon day ambassadorship. On the sporting front, I am a passionate Collingwood supporter and eagerly follow the fortunes of the Australian cricket team. I also enjoy horse racing and have a five per cent share in a future Melbourne Cup winner.

Yes. I would but I would not have taken a judicial appointment at such a young age. I would have stayed at the Bar a bit longer.  If I had not chosen the law,  I would have liked to have become a journalist.

Justice Marshall was appointed to the Federal Court of Australia and the Industrial Relations Court of Australia in July 1995 after a career at the Victorian bar, spanning almost 14 years, almost exclusively in the industrial relations and employment areas.

In 2003, Justice Marshall received a centenary medal for services to industrial relations.

From January 2004 until September 2013 Justice Marshall was an additional non-resident judge of the Supreme Court of the Australian Capital Territory, sitting in the trial and appellate divisions of that court.

Justice Marshall served on the Board of the Law Faculty of Monash University from April 2008 to October 2013 and currently sits on its replacement, the External Persons Advisory Committee for the Monash Law Faculty.

In September 2013, Justice Marshall became one of the inaugural ambassadors for the Wellbeing and the Law Foundation (WATL) – a joint initiative of the Law Institute of Victoria and the Victorian Bar.

In October 2014, Justice Marshall  became Deputy Chair of the Advisory Board to the Australian Intercultural Society – an inter-faith dialogue body.

On 1 February 2015 he became an Adjunct Professor in the School of Law at the University of Western Sydney and a Director of the LUCRF Community Partnership Trust.