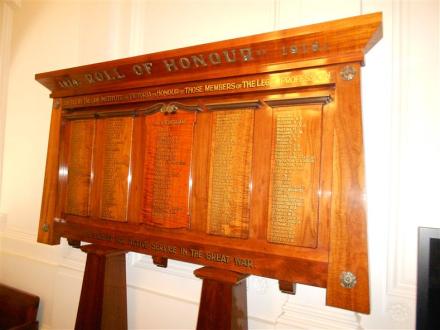 On ANZAC day, newlawyerlanguage particularly acknowledges the legal professionals affected by war. They fought, died and lost loved ones in war. The profession was integral in many other ways during wartime too – everything from writing wills for soldiers to conducting war crimes trials.

One lawyer, John Latham fought in WWI and upon return went on draft aspects of the Treaty of Versailles. He of course went on to become Chief Justice of the High Court of Australia in 1935, having taken silk 13 years earlier.

Three hundred barristers served in WWII and 117 of those went on to be judges.

Honouring Victorians who fought in World War One: Supreme Court