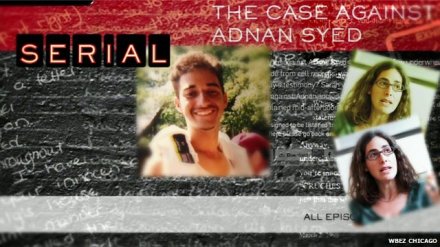 “Hey, you HAVE to download this podcast, ‘Serial’” my friend said.  “I don’t do podcasts”, I responded dismissively – not yet having had my ears opened to this (not so new) form of narrative.  I was stuck in my ways, I’ll admit. Podcasts were boring, or audio-books – which were something my parents needed for their compulsory I’m-now-retired-I-have-to-drive-across-the-Nullabor journey. Not for me.

One episode in and I’m thinking “Wow, this is different.” By Episode three I’ll admit, I was wondering if this series still had me.  I took a pause for a few weeks.

Then I drove to Canberra, from Melbourne.  I do this from time to time and I love the solitude. Do you get enough solitude? There is nothing like sinking into much needed solitude… I digress.

I have become that annoying friend now, who says “Hey, you HAVE to download this podcast, ‘Serial’”. It literally took my breath away in a couple of episodes.  I would be convinced that Adnan was not guilty and then I would hear the journalist put together some other facts and gasp.  Then, almost moments later I’d flip again.

Serial is podcast of a 12 episodes. It was put together by a journalist, Sarah Koenig, who became fascinated by the case of Adnan Syed, a 17 year old who has thus far served 15 years of a life sentence for the murder of his ex-girlfriend, Hae Min Lee.  He still firmly claims innocence.  Over the course of a year, with a team of people, Koenig unpacked the case – intensively.  They researched every nook and cranny, interviewed many people the police didn’t, listened to audio and transcript, and spoke with Adnan and lawyers.

You HAVE to listen to this because:

I don’t know if Adnan did or did not kill Hae. But I would not have been able to convict on the evidence Serial gave me.  But the jurors did not have that evidence.

So, I say it to you, emerging and new lawyers… “You HAVE to download this podcast, Serial”.