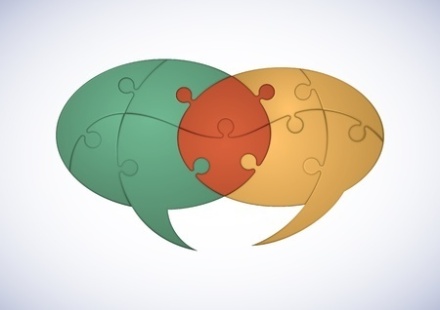 Re: The final skill you need to acquire before starting to practise law: Simultaneous translation

Congratulations on finally becoming a lawyer.  It was hard work, took a long time, and cost a lot, but at last you are ready to strut your stuff as a lawyer.

But, first, a cautionary word.  The word is “English”.  Most Australian lawyers think they speak English.  They are wrong.  As a result of reading lots of court cases, law textbooks and law journals and of spending most of your waking hours with other lawyers, gradually – without realising it – you have come to speak a dialect of English that is peculiar to lawyers.

There is nothing wrong with this.  Most professions have their own dialect, which is impenetrable to non-members (have you ever spoken to a surgeon, or a software engineer, about what they do?).  Dialects like this come into existence because they serve a useful purpose: They facilitate efficient communication among those who speak the dialect. Thus, when a lawyer says to a judge, “With the utmost respect, the proposition that has just fallen from your Honour …”, this is much quicker than saying, “What Your Honour has just said is such a howler that even someone starting Torts 101 would know that it is grotesquely wrong.”

There is, however, a problem with the dialect spoken by lawyers.  The problem stems from the fact that the dialect is largely made up of words that also form part of the English language.  This is not true of other professional dialects.  For example, the words “endarterectomy”, “fundoplication” and “intussusception” come trippingly off the tongue of a surgeon.   By contrast, while the lawyer’s dialect does contain a few words that are not part of the English language, such as “hereinbefore” and “thereinafter”, it largely is made up of English words.

Here lies the problem: Because lawyers communicate in words that form part of the English language, they assume that non-lawyers – their clients, for example – understand what they are saying.  This assumption is unfounded and usually is incorrect.  Empirical research and commonsense both indicate that lawyers usually are not understood by their clients, nor by the general public as a whole.

What does this mean for new lawyers?  What it means is that, before you can effectively practise law, there is one remaining skill that you must acquire.  This skill is just as important as knowing the Rule in Shelley’s case, or being able to distinguish a dictum from a ratio decidendi.  You must be capable of simultaneous translation, like an interpreter at the United Nations.  While speaking in your dialect to other lawyers, you must simultaneously be able to translate what has been said into English for the benefit of non-lawyers present, such as your clients.

If you lack this skill, one of two things will happen:

You’re thinking, I know, that the potential for misunderstanding is small.  Having given the matter the consideration which appears to be appropriate, having due regard to all the relevant contemporaneous circumstances, it is my respectful submission that I must beg to differ. (I bet you didn’t notice that the previous sentence is not comprehensible to non-lawyers and thus requires translation into English.)

To demonstrate why you need to engage in simultaneous translation, here is a table of common phrases in lawyer dialect, together with the corresponding misunderstanding of each phrase by non-lawyers.

One thought on “The final skill you need to acquire before starting to practise law: Simultaneous translation”