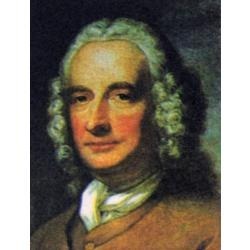 Eighteenth century author and playwright Henry Fielding is best known for his work The History of Tom Jones, a Foundling which helped to launch the framework of the modern novel. Unbeknownst to most, the novelist was also a pioneer in the field of law. Equipped with a Classical education from Eton College, Fielding went on to study the law in Leiden, the Netherlands (formerly South Holland).
Though he returned to London with the intention to write, Fielding’s law degree was more useful than he had anticipated. New and harsh censorship restrictions, which attempted to curtail political satire on the stage, forced the young playwright from the theatre for a more lucrative role as a barrister. Success in this role and a political stance that favoured the Church of England led to Fielding being named London’s chief magistrate.
Not content with merely hearing cases in court, Fielding decided to take a more active role in judicial reform and law enforcement. Demonstrating the same grasp of social concerns so prominent in his novels, Fielding campaigned for more humane prison conditions and a less blasé approach to capital punishment. Fielding and his brother even established the Bow Street Runners, known as London’s first professional police force. The motivation behind this establishment was to regulate and legalise law enforcement, formerly a corrupt practise in the hands of a select few private citizens.