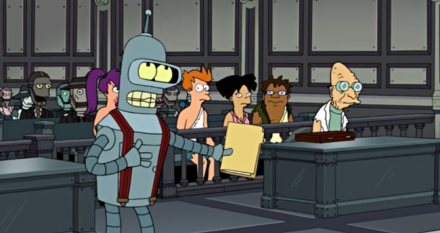 Over the course of a few posts I would like to share with you some thoughts about the future of legal practice.  Specifically, I want to look at what future roles will be available to lawyers as technology develops at an increasingly rapid clip (tech disruption is the current buzz term). This rapid tech development has become a ‘disruption’, not least due to the multiple pressures on the legal sector coming from both within, and without. There’s much to consider, and I would like to set them out here over a few posts, so bear with me.

Without doubt, technology is driving change everywhere, and the current rate of technological advancement is unprecedented. We have entered the fourth industrial revolution which is both driving and driven by significant changes to the socio-political and economic environment. In this context, labour in all its forms will be irrevocably changed; and the role of lawyers is no exception. Undoubtedly the next few years will see these transformations multiply exponentially. In this context I’d like to explore what role Australian lawyers might  play in the future. I am especially concerned with legal work which involves relationships and disputes between Individuals and Individuals; Individuals and Corporations; and Individuals and the State. I’m m particularly interested in this part of the legal sector because – in contrast to disputes between corporations – or between corporations and the state, relations involving people potentially feature the most significant disparities in capacity to enforce legal rights.

Unfortunately much commentary on this topic tends to view the legal sector as a monolithic whole – without distinguishing between corporate (or BigLaw) business and the bread and butter of small practice, the community sector and the individual. Lumping the whole of legal practice into one discussion distorts the picture. I hope the following will offer a more focused opinion and a more nuanced view of one specific segment of legal work. Over the next month or two I hope to look at the context for the rate and progress of change in the legal sector, explore the impact of technologies on lawyers’ traditional roles, and close with an agenda for addressing future challenges.

Tech disruption, the resulting changes to the way work is performed, and the environment which produces these changes aren’t separate or linear; they interact causally in iterative and organic ways. Historically the legal sector has been particularly change resistant, however the current economic context goes some way to explaining why disruption has finally come to the role of lawyers.

By creating millions of networked people…with the whole of human intelligence only one thumb-swipe away,
info-capitalism has created a new agent of change in history: the educated and connected human being.[2]

OECD countries have now passed the threshold of the post-industrial society. Fewer and fewer workers globally are involved in manufacture, and a rapidly growing number are employed in the service sector. In tandem, some pundits predict major changes to the political economy, asserting that capitalism has become increasingly unstable and unsustainable; potentially bringing the world to the verge of a post-capitalist era.[3] Undoubtedly technology is a significant catalyst for these changes. The ubiquitous spread of online resources, data, and information has created an inherent contradiction ‘between the possibility of free, abundant goods and information; and a system of monopolies, banks, and governments trying to keep things private, scarce and commercial’.[4] New forms of collaborative production – for example creating and sharing goods and services by network technology which only functions because it is free or shared – must definitively disrupt the market system.

Law is too important to be left to lawyers alone.[5]

Sharing free information is hardly new. In fact thirty years ago, at the height of a burgeoning ‘knowledge is power’ movement, initiatives to freely share knowledge were everywhere. The hippies and lefties and other bohemian types were busy trying to level power imbalances between corporations and people, the state and individuals, and lawyers and laypeople. In 1976 the United States saw the advent of the ‘law commune based on destroying the mysticism which the law holds for many people and explaining how it relates to their lives’.[6] The same era saw the beginnings of the Community Legal Sector in Australia with an agenda of Community Legal Education squarely aimed at demystifying the law for the masses. These initiatives were (and continue to be) based on an understanding that the more informed people are, the more likely they are to either avoid legal problems, or alternatively, the better they can resolve issues without professional assistance.

More recently, a technology driven ‘sharing economy’ has emerged through our constant connectedness. The consequent ‘democratisation of knowledge’ has given birth to a new business subculture. Given markets rely on scarcity, the enormous growth of free and plentiful information “goods” ‘are corroding the market’s ability to form prices correctly’.[7] Tied with the rise and rise of collaborative production, the market for information has irrevocably changed. For example, Wikipedia is the ‘biggest information product in the world’ and it is collaboratively produced by around 30 000 people for absolutely nothing.[8] It is hardly surprising that individuals are questioning the hitherto high price of accessing legal information.

The Justice Gap and Non-Consumption

Meanwhile, the access to justice crisis for individuals in Australia has been deepening.[9] Australia has no safety net for legal help. While successive governments have eroded funding to legal assistance to the point that only those on very low incomes can access these services,[10] by virtue of the rigid system of legal practice regulation, the legal profession has retained a virtual monopoly across all types of legal practice; from advising through facilitation and transaction services to litigation. Additionally, geography plays a significant role, with regional and remote areas often suffering from very poor access to services.[11]

Even among those who can afford to pay, many resist or attempt to avoid engaging a lawyer in favour of self-service or alternative types of assistance.[12] Decreasing legal service consumption has many causes. Chief among them are clients’ declining confidence that they are getting good value for the price, and their increasing options to meet legal needs without engaging a lawyer at all by purchasing unbundled or online services. We are in an information revolution. Technology has put at our fingertips an unprecedented amount of responsive and organised information which potentially enables us to resolve many legal matters without involving lawyers. This is already a feature of many of the growing online legal presences – from blogs to document delivery services.

Next time: The Contracting Role of Lawyers (geddit?)

[9] Community Law Australia, Unaffordable and out of reach: the problem of access to the Australian legal system (Report, July 2012). According to the World Justice Project, Rule of Law Index 2014, this is equally an issue internationally, with the United States, Kyrgyzstan, Mongolia and Uganda all roughly ranked equally on the basis of the affordability and accessibility of its civil justice system.

[10] According to the Attorney-General’s Department, Strategic Framework for Access to Justice in the Federal Civil Justice System, 2009, ‘98 per cent of legal aid recipients [receive] an income that could be considered below the poverty line. This leaves much of Australia unable to afford legal representation but nevertheless ineligible for legal aid’, at 52.