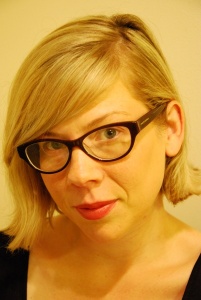 I have been surprisingly affected by Trump winning the US election. I had never been a political obsessive or knowledgeable about international elections. My secret fear is being stopped in the street by the Italian equivalent of John Oliver, and being asked who is the Italian Prime Minister (and then feature on some Youtube video that goes viral in Italy about ignorant Australians). Unfortunately, the perception of ignorance is more motivating to learn about this stuff than the dangers of ignorance itself.

However, Trump’s victory had me feeling … bummed. I had an extra glass of wine or two that night. I felt the need to talk about the election with anyone who would listen. I went to work the next day in a slightly off mood, my thoughts becoming nihilist in nature as the day went on.

I was in the Trump slump.

Sure, I had followed the election as closely as your standard observer. I was hurt, yet not shocked, by his comments about grabbing women’s pussies, denying women access to abortions, building walls, and calling for a temporary ban on Muslims entering the US.

Like so many people, I thought he couldn’t win. Stupidly, I thought the video of him and Billy Bush talking about sexually assaulting women was the nail in the coffin. In 2016, surely your average voter wouldn’t rely on the “boys will be boys” rhetoric and recognise this person is not fit for the job? Surely, the majority would listen to his absurd policies and discount him as a narcissistic reality TV star and not a serious politician?

Unfortunately, Trump’s win clarified for me what I’ve learnt during my legal career: that you can be the most prepared, the most qualified, the most conscientious, the most earnest, the most respectful practitioner and still lose out to incompetence, vindictiveness and showmanship.

I think about the matters that unnecessarily dragged on because someone didn’t file a document on time, didn’t turn up to a court appearance, refused to produce material, and made irrelevant and rude statements to fan the flames. Sure, you may get a cost order here and there, but enforcing those orders is a whole other issue. I think about the matters that have settled because the other party and/or their representative were obstructionist, aggressive or crazy. The idea of battling on, dealing with the cost and stress of litigation, was too much for some clients and understandably, didn’t want to continue to a final hearing to be proven right.

Yet in most of these matters, whilst the poor behaviour may have been called out and ‘tut-tutted’ by the judge, or by the law society, it didn’t change the ultimate outcome. My clients still had to pay their legal bill, which had blown out through no fault of their own. The disgruntled self-represented litigant still filed new applications and appeals, dragging the other party back to court under the guise of procedural fairness. The obstructionist lawyer still found more clients and mismanaged their matters, clients who were non the wiser, thinking they could trust their lawyer to act in their best interests.

It is an uncomfortable truth that incompetence is a strategy to get what you want. According to the commentary, Trump was the ‘anti- establishment’ candidate (yet I don’t know how someone who had clearly benefited from the establishment to generate enormous wealth could be deemed against it). Apparently, his political ineptitude was a drawcard for many and Clinton’s experience was a major deterrent. They didn’t want the same old, same old. However, as Tom Friedman from The New York Times observed:

“As much as I knew that it was a possibility, the stark fact that a majority of Americans wanted radical, disruptive change so badly and simply did not care who the change agent was, what sort of role model he could be for our children, whether he really had any ability to execute on his plan — or even really had a plan to execute on — is profoundly disturbing”.

We can call Trump a misogynist and racist, and the American people stupid. Yet what does this achieve? Merely ascribing labels laden with value judgments to shut down conversation is not enough. We need to listen, engage, analyse and debate to truly understand and challenge the structures that reward incompetence and the people that are allowed to successfully operate within them, however infuriating that may be.

I’m not going to become a rogue solicitor because I might be able to get away with it. I want to be an ethical practitioner. I will, however, wallow in my Trump slump for a little bit longer, just until I finish the bottle, and try and ward off the dangers of ignorance by googling the Italian Prime Minister.